Which solvent is best for making hemp extracts— ethanol or CO2? The question has lingered for years even though there is no right answer. Both methods have their advantages and disadvantages.

In this post, we’ll highlight the two main methods of solvent-based extraction used in the hemp industry at large: ethanol and supercritical carbon dioxide (sCO2.)

What Is Solvent-Based Extraction?

Cannabinoids like CBD and THC can be extracted from hemp in a number of ways. Because cannabinoids are fat-soluble, it’s possible to use solvents to pull cannabinoids from hemp via its essential oils.

Solvent-based extraction methods allow manufacturers to concentrate hemp’s essential oils which can then be infused into other products like edibles, topicals, and tinctures.

Is There Such A Thing As Solvent-less Extraction?

There is a way to extract cannabinoids without the use of solvents. For millennia, people have used screens mechanical tumbling to separate kief, also known as dry sift concentrates, from hemp and cannabis plants.

Related: What is kief?

What is Ethanol Extraction?

Ethanol, also known as ethyl alcohol, is not only an incredibly efficient solvent, but it’s also responsible for intoxication by way of alcoholic beverages. Because ethanol is a relatively safe and efficient solvent, it’s a great choice for commercial and at-home extractions alike.

Extracting cannabinoids using ethanol involves grinding down your hemp to increase its surface area and washing it with high-grade ethanol. Ethanol, is a polar solvent, meaning that it will readily bond with water-soluble and fat-soluble compounds; meaning ethanol will pull all active ingredients from hemp and produce a full-spectrum extract.

When the extraction is complete, the ethanol is evaporated off and recycled for future use leaving behind a molasses-like product called full-spectrum crude extract. This dark brown oil can be turned into distillate using purification methods.

What Is Supercritical CO2 Extraction?

Supercritical CO2 extraction uses carbon dioxide cooled and pressurized into a supercritical state— displaying properties of both a liquid and a gas— to strip away cannabinoids and other phytochemicals from hemp. This process calls for carbon dioxide that’s both kept above 87.9F and 1,071 psi (pounds per square inch.) For reference, car tires are usually kept between 30 and 35 psi.

Aside from the high pressure, CO2 extraction and the resulting oils are very safe and pose little risk to consumers. Getting a supercritical CO2 extraction right is a bit trickier from a quality standpoint though. Whereas ethanol extractions involve washing and evaporating, supercritical CO2 setups generally feature three stages: cooling, a closed-loop extraction, and finally CO2 recapture. 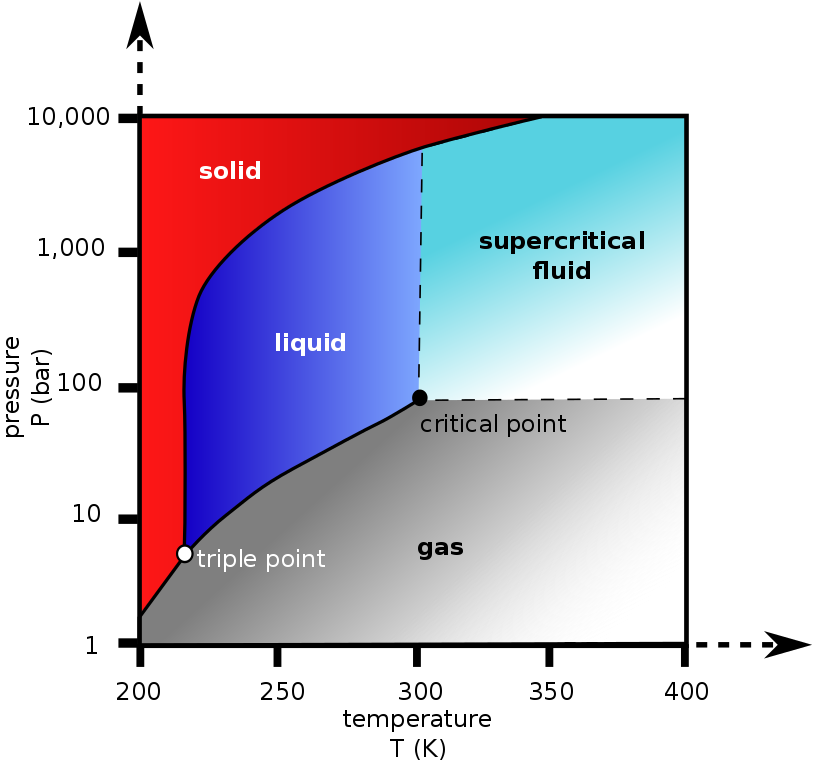 What Does Supercritical Mean?

Ethanol vs. CO2 Extraction: Which Is Better?

Which extraction method makes a better hemp concentrate? It’s not as simple as that. Both methods have their pros and cons— and it depends on what you want to do with each extract.

If the goal is to make a full-spectrum distillate that would then be turned into edibles, tinctures, and topicals, using an ethanol extraction is the way to go. Ethanol not only bonds with cannabinoids in hemp but other beneficial compounds too, like terpenes and flavonoids.

Supercritical carbon dioxide extractions tend to leave a lot of hemp’s phytochemicals on the table. While it’s true that CO2 extraction pulls out cannabinoids, a 2018 study published in Planta Medica found that CO2 extraction eliminated terpenes and flavinoids in the process. Because most of the plant matter is left behind during a CO2 extraction, producers can more readily turn their extract into products like oils, concentrates, and vape cartridges.

Both ethanol and CO2 extractions are relatively safe. They do present some unique safety hazards, but these can be mitigated with proper equipment and training.

Both methods, if done poorly, can result in residual solvents in your concentrate. Luckily, all hemp products should come with proper testing, including a residual solvents test. If there are any solvents left over, you’d do well to avoid that product.

Advocates of CO2 extraction and ethanol extraction will point out the benefits of their preferred extraction methods. After equipment costs are taken care of, CO2 extractions are cheaper for manufacturers and better at pulling cannabinoids from hemp plants.

We’re not here to tell you which extraction method is better, but we will say that all of Sunset Lake CBD’s products are made with ethanol-extracted hemp concentrates. Not only do we believe that terpenes and flavinoids play an important role in the user’s experience, we think they may even enhance hemp’s beneficial effects.